Five years ago Annie was happily anticipating the birth of her first child. She had a great job, a loving husband, and a healthy pregnancy. Most of Annie’s energy was focused on preparing for a home birth and she couldn’t wait to meet her baby. She had some expectations about what motherhood would be like, but when her daughter was born, her experience was not at all the way she had imagined it would be. Instead of joyfully transitioning to parenthood, she felt overwhelmed, lost, and sad. There were moments when she didn’t enjoy being a mother at all.

Determined to fix this, she decided to first approach the problem on her own. She tried supplements, a new exercise regime, and created specialized diets for herself. She nurtured her spiritual practices by learning how to work with the energy of moon phases. She pulled cards from her tarot deck, hoping they would provide guidance or answers.

Nothing worked. Annie continued to spiral deeper into postpartum depression.

Then, within the span of one month, Annie’s mother was diagnosed with breast cancer, her 30 year old cousin (the mother of twin four year old girls) died from stage four colon cancer, and Annie was forced to close her business. Overwhelmed in the face of so much loss, she sought help from her doctor. She was prescribed an antidepressant medication to help her deal with grief and depression. After some time, it became clear to Annie that the medication wasn’t right for her body, and she reverted back to the stubborn hope that she could fix it by herself. She weaned herself off the antidepressant, and immediately began to feel awful again.

Annie’s mind was consumed by thoughts of failure, guilt, and worthlessness. In her struggle to connect with and care for her young daughter, she neglected her own needs and kept her torment private, until the shame compounded into something unbearably painful. Resentment toward her daughter boiled over into angry outbursts. An inner voice insisted that something was deeply wrong, and it grew louder. But she was unable to break the depressive pattern, and eventually she started to just feel numb.

She finally opened up to her husband, but that conversation was charged.

I told him that they would be better off without me. He told me that I was being really selfish, which just validated those feelings of guilt and shame that I was already having.

Annie continued to tell herself that her little girl would be better off without her. She began to fantasize about disappearing more permanently: Buying a one way plane ticket and never coming back. Swallowing all the medication in the house. Driving the car off the road, or jumping out of it on the freeway, or leaving it running in the garage.

And then one day, she wished her 3.5 year old daughter would help her end it.

[I was] sitting on the couch with my daughter, who was having a tantrum, and there were scissors nearby, and I remember just thinking, “I wish she would just grab these scissors and stab me in the neck.”

The thought was too disturbing and felt too urgent to ignore. Annie was horrified at the thought of involving her daughter in any way, and knew it was time to seek help again.

The following morning, she was back in the same doctor’s office, breaking down in tears, ready to try another antidepressant. She had researched Zoloft, and started taking it to manage her symptoms. After some time and a few tweaks to her dosage, Annie’s mental health stabilized. She found a therapist that felt like a great fit and spent the next year and a half focused on healing.

Loss is a pervasive part of the human experience, however, and when Annie’s father-in-law died suddenly a few months ago, the newfound stability she had been experiencing felt in jeopardy. The shock of his untimely death jolted Annie back into depression. Her suicidal ideation returned- the familiar feelings of wanting to run away and hide from the pain were back.

When those feelings started creeping back in after my father-in-law’s death, I sat with it for a little while, because it was just so new and so raw. But after a week of feeling like that, I knew that it wasn’t going to go away, and that I needed help again.

As much as she felt she had been there before, this time was different. This time, she had the tools and support from those closest to her to recognize the pattern right away, and therapy and medication to help manage it.

Annie realized that although she initially felt like she had regressed to her previous depressed state, she had made much progress in the way she dealt with her depression. Instead of keeping her pain to herself, Annie found that she felt stronger each time she shared her story. Slowly, she found moments to open up to her family, her friends, then her boss and trusted colleagues. She found connection and compassion, so she courageously shared even more of her journey through depression and grief on social media.

I’m not ashamed of it anymore. I’m not. It’s a part of who I am- it’s a dark part of who I am, but we all have light and dark sides, and I think it’s really important for me to share my story, so I’ve started to use social media as my platform. For those who are suffering- you’re not alone. It’s all about normalizing it.

There is still a very real stigma that surrounds mental health issues. Today Annie advocates for awareness and more open dialogue about this natural part of being human. She hopes that by normalizing the peaks and valleys she experiences, the conversation will expand and influence others who may need help.

Annie’s relationship with her husband is stronger than ever after enduring so much grief and loss packed into just a few years together. “When I went through this most recent bout, he was much more supportive, which is great.” And Annie’s daughter is now 5 and able to understand more of the world around her, and is curious about her mother’s medication. Annie talks openly with her little girl, explaining “This medication is for my depression, and depression for me has meant that I’ve had periods of time where I’ve just been very, very, very sad.” Her hope is that by engaging in this dialogue, within her own family and outside of it, she will contribute to the normalization of depression, and to empowering others to seek whatever help they need. 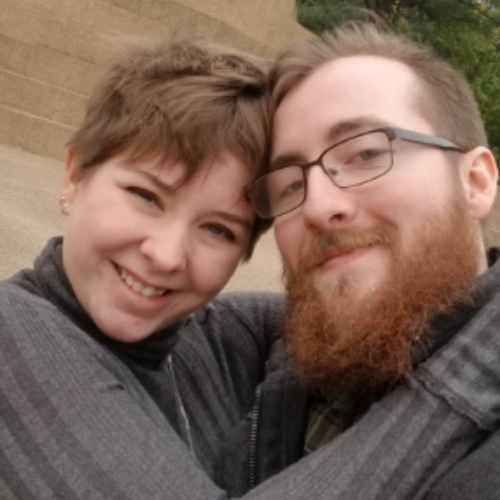 Kyle, a professional chef, has always loved to cook. However, when he cooked for his girlfriend at home, he would get incredibly self-conscious about...